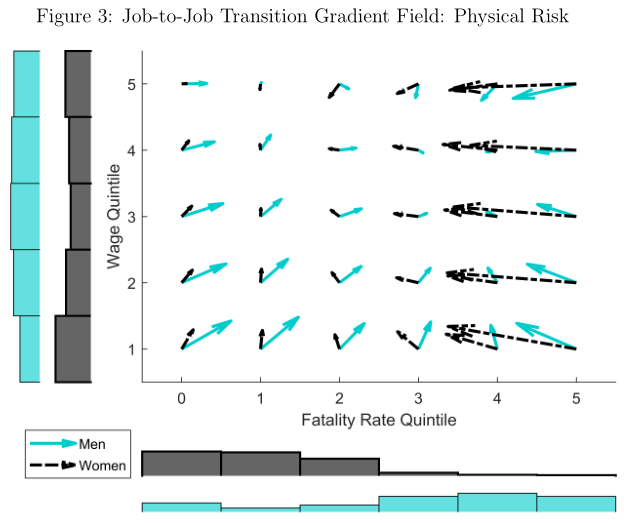 Lavetti, Kurt and Ian M. Schmutte. "Gender Differences in Sorting on Wages and Risk." May 2020.